Will we see a full house like this in upcoming meetings?

The 8th MSC Meeting commenced at about 6.19pm on Thursday, 10th October 2013. The meeting saw a large number of attendees as the recently voted-in Council candidates were also there.

The Council has thus decided to only allow the Copenhagen Global Challenge subsidy as per SOP, which is only for RM 2000 per entrant.

“You’re making us pay for the sins of our fathers”

The Vice-President of the MUN society lamented as the Council debated further regarding this reincarnation of another World MUN competition subsidy battle. After close to an hour of deliberation, the Council finally agreed to subsidise them however they were requested to present three quotes for the airline tickets (to the competition in Belgium) at the end of the meeting

The Elections post-mortem report was up next, which contained some startling revelations as follows:

As the Election Committee is a self-governing body, the protests made by those in attendance for what they felt to be an excessive form of punishment, will not be considered. Several also raised concern over stripping only the Editors of their position when they weren’t the ones who constructed the plagiarised publicity materials and had only submitted them to the RO.

The Editors would be allowed to appeal and they have up till the end of Friday as the RO will no longer be around by Monday, 14 October 2013. A by-election will be held next year for the vacated postion of Editors. 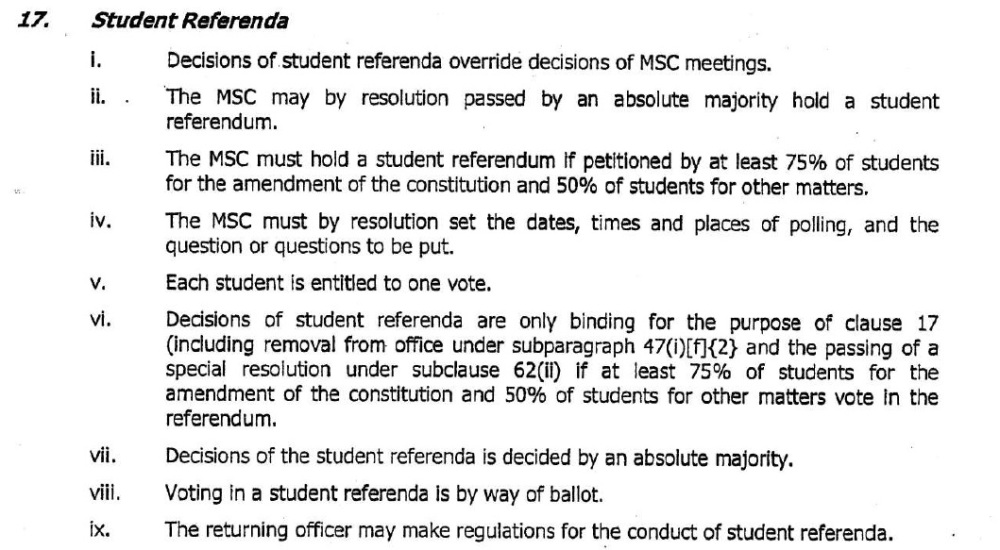 Total expenses as of 9th July 2013 is RM 526, 693.30 As several event accounts have yet to be closed, the Treasurers are unable to release an official financial report just yet.

After a short report by the Welfare Officer regarding an upcoming Movie Night on Week 12, Jon Khoo the Head of Clubs & Societies presented the case of the faulty and mistreated PS3 that was bought by Comic Club funds and was in the possession of its President, Mobashsher Mannan Fahad. It was leaking and algae-ridden. Penalties to be imposed upon Mobashsher will be decided on at another meeting, he is also still holding on the other Comic Club assets (i.e. comic books).

We then returned to the MUN subsidy case as the President and Vice-President of the club presented their proposals for their ticket prices to Belgium. The final cash-in-advance was set at: RM3250 (price ceiling for the air fare per delegate) and RM510 for the registration for a total of 16 delegates.

Meeting finally ended at 12.23am although not entirely over as we were being effectively chased out by the security guards.