By: Katherine Khaw and Mehjabeen Kabir

Though the event is scheduled to begin at five-thirty in the evening, it in fact begins at four for those involved in roping things together for the semester’s mid-week mingle event. Buckets had to be filled to the brim with water and carried to the right stations, keeping its underwater treasures well out of reach and water balloons to be prepared. Stations were propped up accordingly, ranging from the futsal court to the campus field, all of which were already drenched from the drizzling rain, and as per usual in the grand scheme of things, negligible blunders abounded. 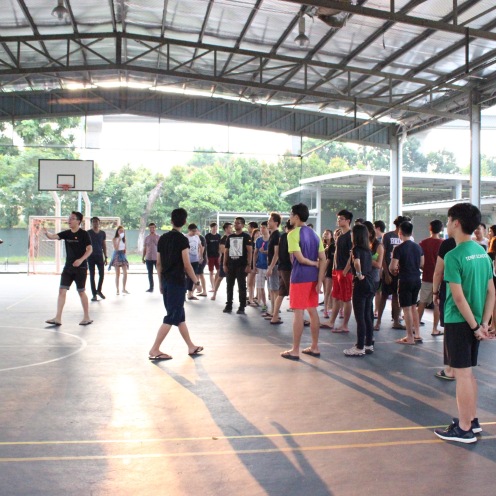 Time slipped by swiftly and before one realised it, things were already set in motion. Twelve teams are positioned with their group leaders, with the event entertaining a mix of seniors and first year students. Though most are inclined to gravitate within their social cliques, such order is premeditatedly displaced by the commencement of icebreakers. 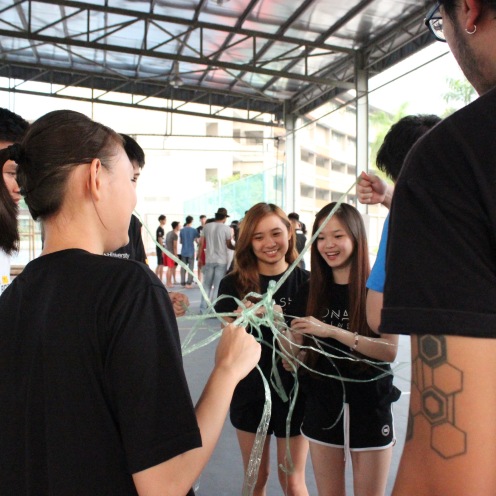 The icebreaker required the teammates to undo long tangled bits of string held by each member in their hand. This proved virtually impossible to do without some very creative manoeuvring skills which led to a concoction of confusion, unexpected dancing and laughter. Once accomplished, the teams moved on to the other stations, determined to outdo one another in view of earning a prize. Nothing could dampen the spirit of these competitive minglers despite the incessant drizzle, or even having to get either stepped on while trying to build haphazard human structures, drenched with ice water, fed mixtures of dubious unknown ingredients as punishment, or stand in fear of accidentally being hit in the face with large water balloons by their own team-mates. All the while they had to guard a balloon while completing their tasks to earn extra points. The competitive spirit suffused the atmosphere. 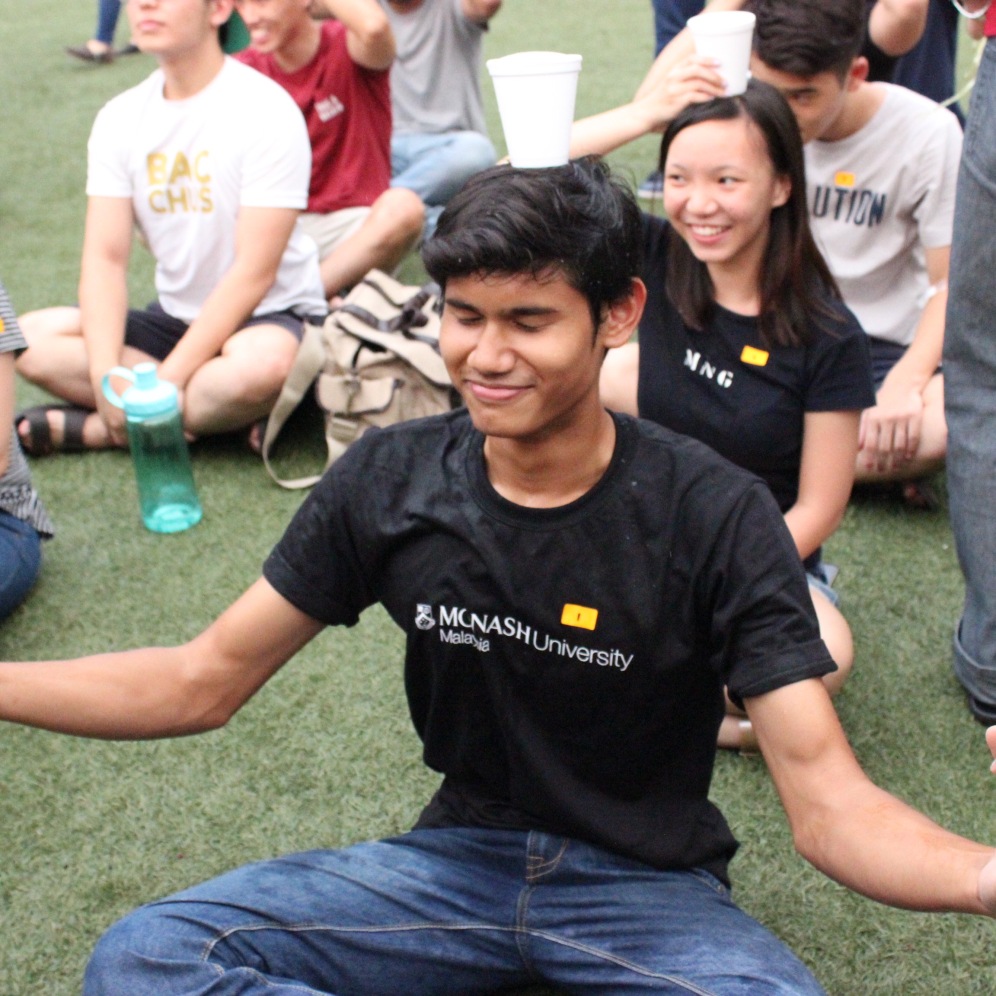 Suddenly, the rain started to pour too hard at six-thirty right in the midst of the games and all of the fun. Disappointed at this unwelcome disruption and end to the games, the competitors had decided to end the event well by waging a water balloon war at every Monashian on the field. Nevertheless, since they are responsible and well-taught, the students did ensure to clean up well after themselves before changing and enjoying their delicious dinner at Monash’s rooftop area.