On 26th of February 2016, around 150 enthusiastic new students arrived on campus for their first activity before the semester begins! Registration began around 7 a.m., and then they were split into teams according to their schools. Followed by team briefing and preparation before the game begins.

All the teams were required to complete their tasks at all 9 station games in a timely manner in order to receive prizes. One of the station was called Human Carpet which was placed at the filed, this game required them to transport 4 human cargoes without them touching the ground at all! 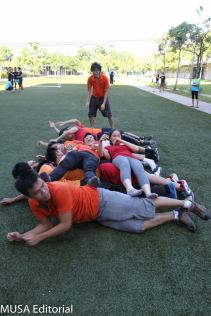 Human maze was one of the game station, four members of the team were blindfolded and directed to take the targeted items along the maze, without making any mistakes or else they would have to start over again. Wow, this game must have really tested their patience! Thirdly, earth ball required the students to keep a volleyball in the air for a specified numbers of hits without letting it hit the ground. It’s all about the team work! The 4th station was an ice marble challenge, sounds like they added a little twist to the ice bucket challenge. Basically the students had to collect 12 marbles from an iced water bucket. Although, the twist is that they had to collect it only from their legs…Oh well. The fifth station game was Water Singing, a student from each team had to sing with water mouth and the others had to guess the song. Wait, what? 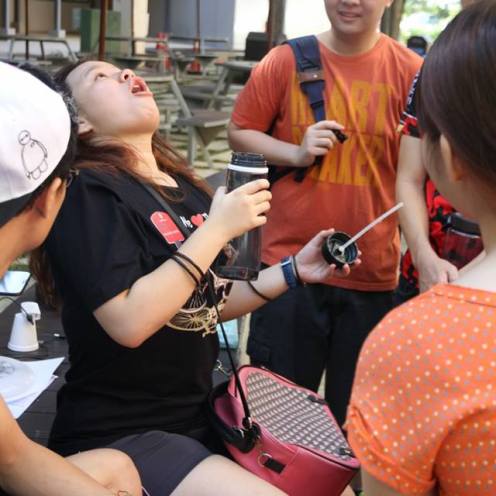 Then followed by a game called Mission Impossible. It’s never complete without a mission impossible, is it? Students were given 100 tasks to do such as push ups or jumping jacks. Hmm, that doesn’t sound impossible, does it? The impossible part is the fact that one of task was to whisper to the game master that they are done which makes the team complete the challenge. So that’s the catch! The 7th game is Charades, I’m sure we all know how that goes. One of the game is Cookies Face Game, the objective was to move the cookie down from the top of their foreheads into their mouths. Eww, with all that sweat, that cookie must have not tasted good anymore.Oh well. The last game is Mind Bending Game, each team member must remember the question and answer of each team member mentioned in the list. Sounds challenging!