The stage in Shakespearean theatre in the late 16th and early 17th centuries was more than just a place for entertainment. It had strong ties to the church, and as a result, only men were allowed to tread the boards. If the play had a few female roles, it was up to a couple of the men in the cast to dress as members of the opposite sex to keep the story moving.

The term ‘drag’ is also thought to have theatrical origins. The dresses that men wore to play female characters ‘dragged’ across the floor.

William Dorsey Swann, born enslaved in Hancock, Maryland, was the first person to refer to himself as “the queen of drag.”

In the 1880s, he began hosting drag balls in Washington, DC, which were attended by other formerly enslaved men.

Pantomime dames were a popular form of female impersonation in Europe from the late 1800s to the mid-1900s.

In contrast to the serious Shakespearean tragic events in Italian operas, comedy was the first period in Europe for female impersonation to be used as part of the concert. 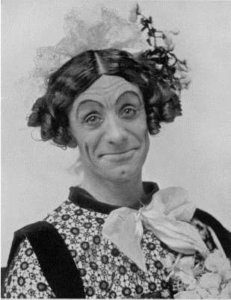 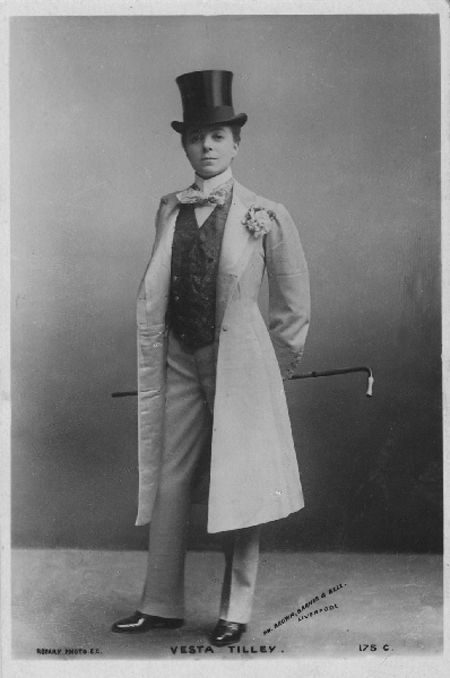 The first popular male impersonator in U.S. theater was Annie Hindle, who started performing in New York in 1867.

Female impersonation had become associated with the LGBT community and even criminality by the early to mid-1900s, so it had to change forms and locations, shifting from being popular mainstream entertainment to something done only at night in shady areas.

The Pansy Craze, which occurred in the late 1920s and early 1930s, resulted in an increase in the popularity of gay clubs and performers.

People in the LGBTQ community performed on stages all over the world during the Pansy Craze, but New York’s Greenwich Village, Times Square, and Harlem were at the epicentre, hosting some of the most famous drag acts of the 1920s.

Arthur Blake was one of the few female impersonators to be successful in both gay and mainstream entertainment in the 1940s and 1950s, becoming famous for his nightclub impersonations of Bette Davis, Carmen Miranda, and Eleanor Roosevelt.

At the Roosevelts’ request, he performed Eleanor’s impersonation at the White House. In the 1952 film Diplomatic Courier, he also played Davis and Miranda.

Drag queens, most notably Marsha P Johnson, protested against police raids on gay bars in New York City during the Stonewall Riot in 1969, which resulted in the formation of the Gay Liberation Front.

In the 1980’s, pop stars such as Philip Oakey, Pete Burns, and Boy George started to dress in full or semi drag.

In 1985, the New York drag festival known as ‘Wig Stock’ was founded by drag queen icon, Lady Bunny who is known for her signature large 60’s inspired blonde wigs.

In 1988, Divine starred as Tracy’s mother in the musical Hairspray. It has been a tradition ever since for a male in drag to play that kind of role.

In 1990, Jenny Livingston released a documentary called Paris is Burning which is about the life of a drag queen in Harlem’s African-American drag ball culture.

By the early 1990s, RuPaul was on the verge of international stardom, combining a drag persona with a recording career that included a duet with Elton John.

Drag king culture flourished in Australia’s lesbian bars during the 1990s and 2000s.

The first season of Drag Race premiered in 2009. Its mix of challenges, costume creation, skits, and impersonations has made it appointment television for a surprisingly diverse audience, and it has even influenced its own language known as ‘Drag Slang,’ which includes sayings like “Read”, “Shade”, and

RuPaul’s Drag Race (RPDR) received a Primetime Emmy Award for Outstanding Host of a Reality or Reality-Competition Program in 2016.

The Supreme Court of India ruled on September 6, 2018, that applying Section 377 of the Indian Penal Code to consensual homosexual sex between adults was unconstitutional.

Since then, drag culture in India has grown to become a mainstream art form.

Season 1 of RuPaul’s Drag Race UK and Canada was officially announced in 2018.

“Dragnificent!” is a television show that airs on the TLC network in the United States. The show began as a special titled “Drag Me Down” the Aisle, which aired on March 9, 2019.

RuPaul became the first drag queen to host Saturday Night Live in 2020, despite not being in drag at the time.

“love always wins. love has no gender. love is love. i am born this way. i am who i am”
Happy Pride Month