Are you up for reasonably priced, good quality sushi? Check this out!

Last week, a bunch of Monashians decided to invade the opening of a new sushi bar in SS15, Sushi Flash. One of the co-founders happens to be an ex-Monashian, Michelle Lee, who graduated from Monash University Sunway campus in 2011 with a Bachelor of Science degree majoring in food science. She and her other co-founders have been working on the idea of a sushi bar for about half a year.

Inspiration struck them as they saw the huge potential of a sushi business in SS15, a residential and commercial area. 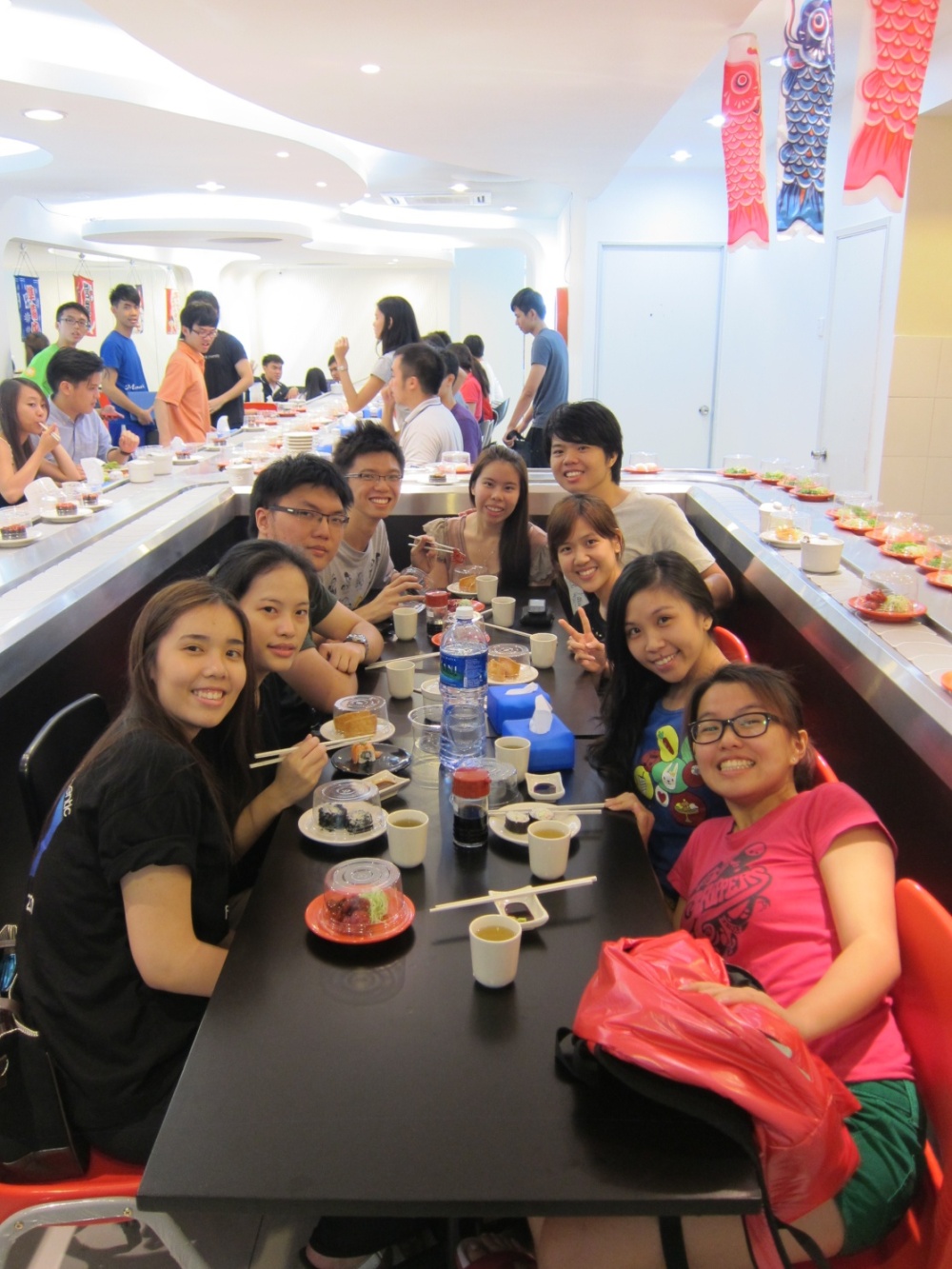 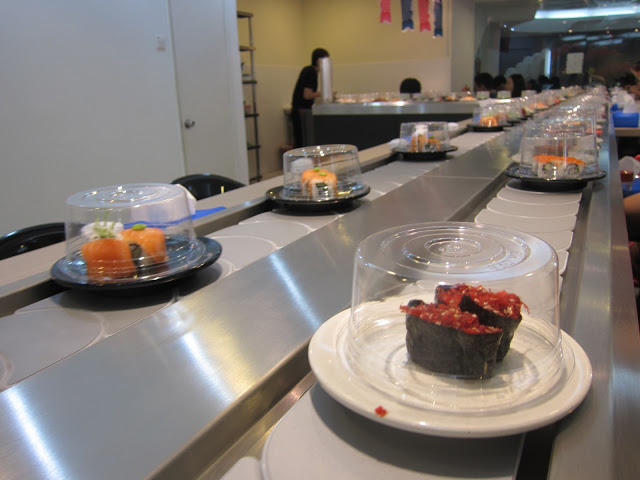 Sure enough, we have Japanese restaurants like Sakae Sushi, Sushi Zanmai, Rakuzen, etc. within the area. What sets this particular restaurant apart from those are the affordable, student-friendly prices as well as the attractiveness of the sushi design.

The sushi is priced at RM2.00 for the plain (beige) coloured dishes and RM3.00 for the coloured ones. They also serve bottomless green tea for RM2.00 a cup.

On a personal note, despite only having about four plates of sushi, I was already fairly full. This is an excellent place to grab a meal with friends, eating small portions at a time. Here are some of the sushi we tried:

To get there, take a cab from Monash University Sunway campus to Jalan SS15/4D, Subang Jaya. Ensure that the taxi driver takes a turn into the road at McDonald’s. A few shops down the lot would be the restaurant. For more information on the taxi fare, please refer to my previous article.

To get there by public transport, take Metro Bus 10 from the bus-stop outside Sunway Pyramid near Haagen-Dazs and stop off at the SS14 shop lots. Keep a look out for a sign that says INTI on the right side of the road when you’re about to alight. Take the overhead bridge to land you in SS15 and if you see the RHB bank, you’re just a few paces away from Sushi Flash.

Note: Payment can only be made in cash at the moment.