The sun hid itself for most of the morning, providing the perfect weather for approximately 135 students (a mix of first-years and their facilitators) to roam freely in the vast playground before them. The occasion? It’s the Orientation Bash for Semester 2 of course!

This time, the Orientation Bash was held in Sunway Lagoon, the theme park closest to Monash University Sunway Campus, and one of the few multi-themed parks in the world. 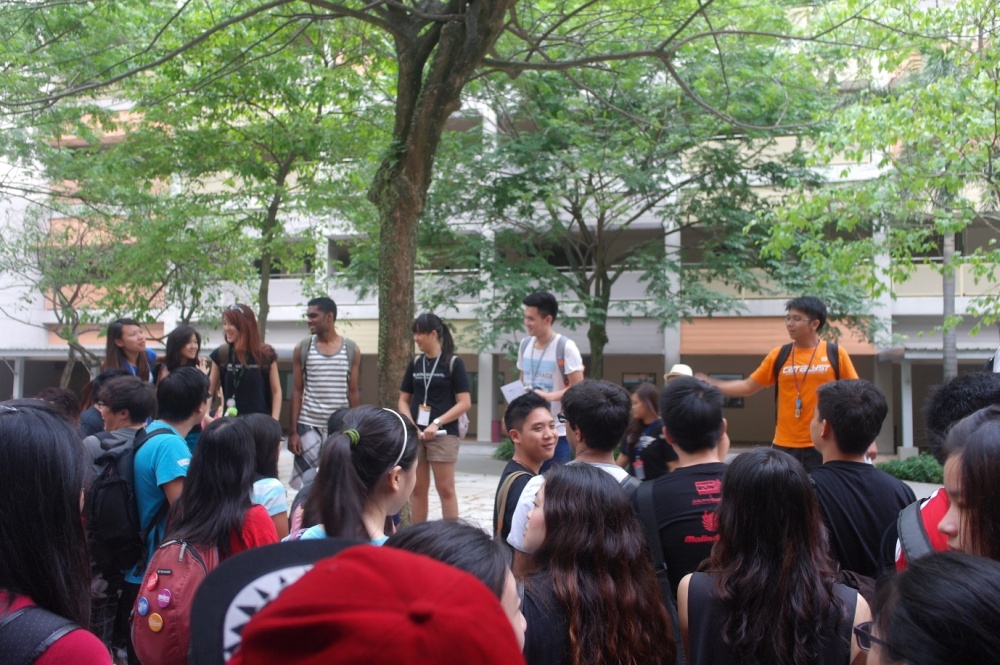 They gathered in campus over breakfast and got to know each other a little better. After which, the MUSA Activities Chairperson, Dexter Teh (pictured in orange) welcomed them and gave them a short briefing on the day’s activities. The participants set out for Sunway Lagoon at 9.30 A.M, moving to the theme park on foot.

After a short 20 minute brisk walk from campus, all arrived at the Surf Beach entrance of Sunway Lagoon where they were greeted by a very welcoming sight!

One by one, the participants received their entry wrist-bands and were admitted into the theme park following a series of checks. They were then led to a special area right beside the Surf Beach to act as their home-base for the duration of the Orientation Bash.

After settling down, slathering themselves with plenty of sunscreen and protective gear (gotta stay safe from the sun!), the activities started. The participants were divided into 12 teams, complete with their team names and team war-cries.

Here, you can see the boys heckling for the girls to join their teams. Don’t worry, every individual was assigned to their teams randomly to ensure that the participants are grouped up with fresh, new faces!

With their teams assigned to them, the participants then received the clues that would lead them to the tasks that they were to complete. The team that earned the most points in the end was the victor.

The Pirate Ship ride was one of the stations for the participants. They had to locate it; complete the tasks set by the staff; receive their points; and then move on to another station, marked by a red flag, as shown by the photoset below:

At the end of the day, Team Vuvuzela emerged as the winner, collecting a total of 78 points. Their gift was a wreath of flowers, presented by the MUSA President, Melvin D’Silva. 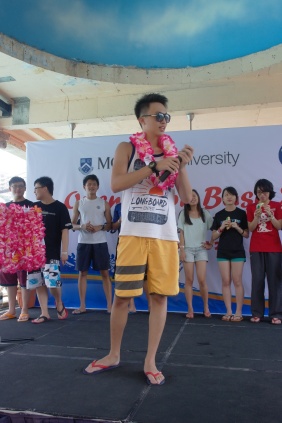 The leader of Team Vuvuzela gave a short thank-you speech and the day’s activities came to a close. The participants were then given free rein over their activities until closing time; a definitely enjoyable end to a lively day with new friends, awesome challenges and a lovely day under the sun.

Orientation Bash Semester 2 2013 was proudly brought to you by the MUSA Activities Department and Sunway Lagoon. This is the writer’s second Orientation Bash because she loves the sun and being in the water. Check out what happened during the first Orientation Bash here.