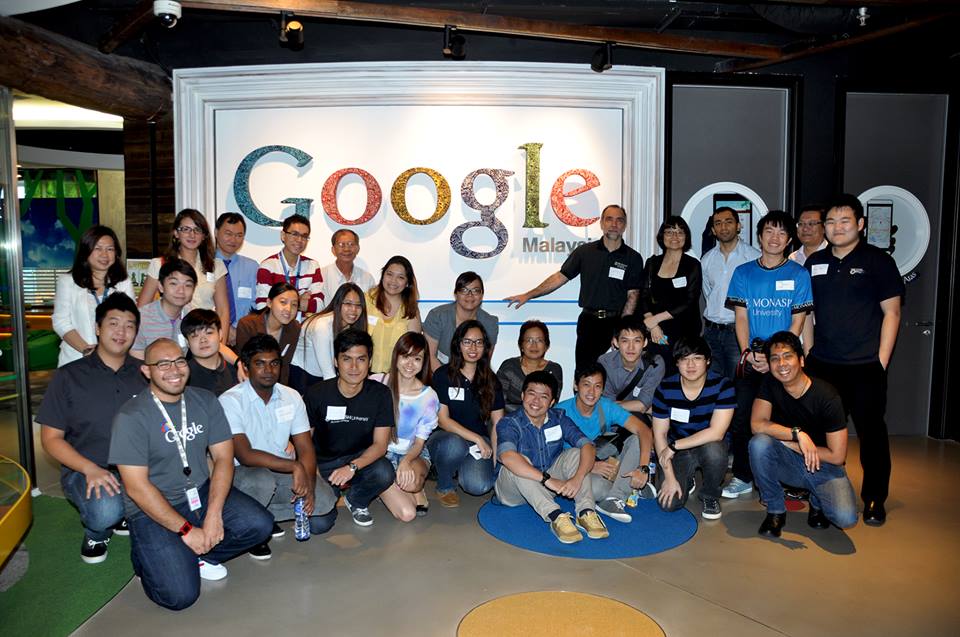 It’s the middle of summer break and you’ve been working as an intern surfing 9Gag and/or Tumblr daily, wondering if this was the best way to spend the 3 months for a paltry 800 bucks or experience points. Then you watch, or are reminded of, the film The Internship and suddenly your intern life looks bleak in comparison. Ever wanted to work at Google Malaysia? Here’s what you need to know

Thought I’d get that out of the way first. Google Malaysia is pretty tiny compared to the main HQ in USA and unfortunately, this is the same case for the other nearest Google office in Singapore. The only countries offering Google internships in the Asia-Pacific region are Tokyo and Sydney. Zeffri, the Head of Communications for Google MY, explained that as interns will be treated almost like full employees, they want to “do it right, to train them right” which is more feasible in bigger HQs with more resources.

With daily breakfast and lunch provided at its “gerai gugel” (ah that Malaysian touch) along with a well-stocked pantry that includes a freezer full of ice-cream, it’s no surprise then to learn that the Google 15 is the real deal. But hey, complimentary food makes people happy and happy people makes good employees so if you do get hired, just remember to also invest in a good pair of running shoes cos you’re gonna need that cardio workout.

If you thought skiving by surfing the ‘Net when your supervisors aren’t looking is the height of cool (really now) wait till you see the games room at Google MY. Oh wait, you can’t, cos we weren’t allowed to take photos so you’ll either have to take my word for it or hope that you ace that Google interview.

Featuring lots of colours and open spaces, the layout of the entire floor encourages open collaboration and creativity. Employees are surrounded by greenery, both natural and artificial, to reflect the HQ’s location within the green lung of KL. Highlighting the importance of play in creativity, there are multiple avenues for stress release ranging from an Xbox 360 to a pool table right smack in the middle of the work space.

While churning out specialists worked well in the cost-saving, efficiency conscious Fast Food Age, Google is a company that moves away from treating its employees like automatons. They look for generalists and if you are curious about learning from different departments, you’re probably a good candidate. Opportunities for cross-discipline learning are available; open collaboration is encouraged even physically through the office layout as mentioned. Employees are also kept in the loop, and get to ask questions of the head honchos, during the regular TGIF conference meetings with the main Google HQ.

But lest you think it’s all kumbaya-no-office-hierarchy deal with this much openness, we were also told that in Google, the engineers are really the kings and queens of the roost. In an awesome nerd-cred way of course.

When looking at candidates to hire, Google uses the usual criteria which is evidence of intelligent life; role-related knowledge; and leadership ability with an emphasis on self-management. The final quality they look for is “Googleyness”. Explanations for this quirky term are wide-ranging but it boils down to basically being someone who isn’t jaded and still has “that twinkle in the eye, believing that they can help change the world” as Zeffri of Google Malaysia puts it. If you think you’ve got what it takes, apply and survive the 10+++ rounds of interviews they’ll put you through.

Confirming the notion that it isn’t solely or precisely the academics that matter, Izwan a Monash alumnus who now works at Google, said that the key things to take from the Uni experience are your internships and co-curriculars. And heads-up for the IT crowd because this guy skipped out of Engineering to do IT and… look where he is now!

Happy.. he is very happy

I thought a remark made by Matt, the Head of Marketing at Google MY, was particularly useful and encapsulates some of the Google philosophy, “[Sites like YouTube] are just platforms, they are not solutions. Ideas still matter”. An emphasis on innovation means that several Google products are retired when they don’t serve as solutions anymore and this is perhaps what makes Google so interesting, its unrelenting drive to constantly evolve and move forward even at the expense of some angry fans.

But if you do whinge about Google Maps, just remember, “It is after all a free product”.

The writer was part of a group of 25, made up of students and staff from Schools of IT, Business, Engineering and Arts, invited by Google Malaysia for a visit over the finals period in late 2013.