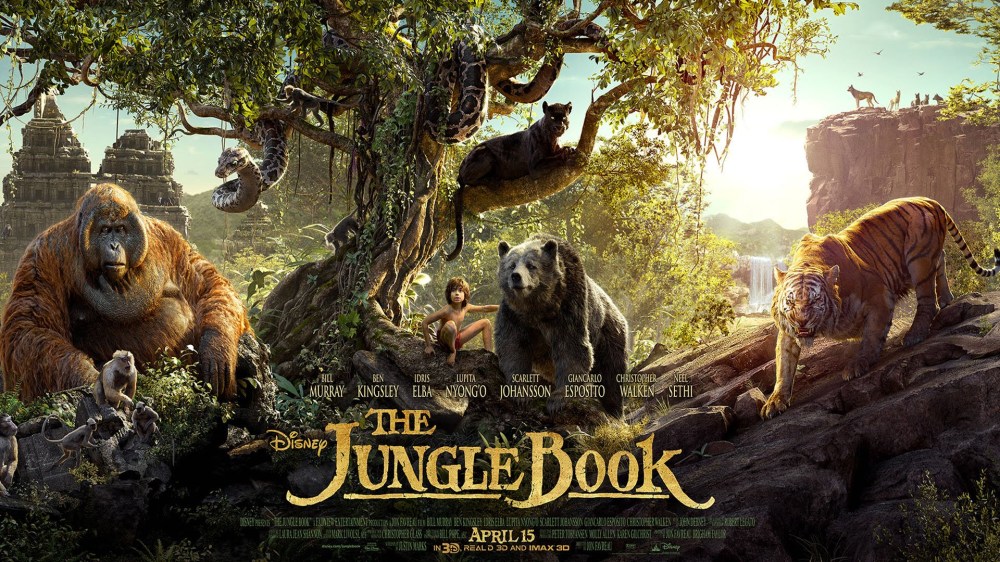 Anyone who’s 19 to 23 is probably pumped up for the new Jungle Book release by Disney this year. Based on childhood memories, I can safely say the most recent Jungle Book is not an exact remake of the cartoon adaptation Disney did a while ago. With darker tones, sarcastic humour and more animalistic aura surrounding its characters, it will come across as a more adult takeaway of the favourite classic.

The most recent Jungle Book is more than just an amazing tale about a human being raised by animals. During the movie, I could not help but notice the elements of harmony that the story tries its best to portray. The whole element of a peace period where all can come to the watering hole without fear, is a good bump to the human ego, the realization that at when it comes down to it, animals know more about tolerance and togetherness than we do. The movie to me did lack a lot of Indian culture, as the story is set somewhere in India, however, the scene where Bagheera reminds Mowgli to bow at the elephants warmed my heart. In the movie, the elephants are given respect because they are who “created” the jungle. In my perception, this was a way to respect the Indian cultural background of the tales setting by incorporating the elephants as symbolic Lord Ganesha’s (Lord that removes obstacles) for all of the jungle dwellers. It was beautiful to see that animals could be interpreted as respecting the old and wise, respecting heritage. Of course, the story is fictional! I’m not saying this is a realistic representation of how the jungle world interacts, but, it is fiction that I would want a child to learn from. Ethical values, even though just imagined, can make one think.

The story line for this adaptation slightly differs from that of the animated classic as it is more of a book adaptation of the original Jungle Book by Rudyard Kipling, written in 1894. The reason why many of us do not recall the whole jungle-politics underlying tone of the movie is because Walt Disney himself told his animators not to read Kipling’s version when creating the animated musical version. Disney sure did love his fluff, and fun fact, Jungle Book was one of the last films Disney worked on personally before his passing! However, the creators of the new Jungle Book did stay true to Disney classics like adding in favourite songs like, “The Bare Necessities” and “I Want To Be Like You”. Another fun fact: Our favourite monkey who sings “I Want To Be Like You”, King Louie is actually an original Disney character, meaning to say, Rudyard Kipling never created him. Although in the original Disney classic he is portrayed as an Orangutan, I bet most will wonder why his size is almost King Kong-like in the new version? Well, creators of the new Jungle Book wanted to stay more geographically factual when it came to the animals. The Jungle Book takes place in India, where Orangutan’s are not native (way to go Walt Disney!) so the new creators researched on another species for King Louie to identify with. In the latest movie, King Louie calls himself a Gigantopithecus, which is an extinct species of ape that could grow up to 10 feet tall, and hey, local to India! Yay, everyone loves historical corrections!

What I did admire about the new Jungle Book is its almost perfect casting. The movie includes a star-studded cast with the likes of Idris Elba, Lupita Nyong’o, Ben Kingsley, Bill Murray, and Christopher Walken! All actors had voices that suited their well-known characters. Also, this Jungle Book adaptation was the first time Kaa, the snake, was ever portrayed as a woman, voiced by Scarlett Johansson (We all heard that spine-chilling trailer that featured her voice over!). All actors did justice to their roles, especially Ben Kingsley, who voiced the panther Bagheera’s voice with the flair of an old army officer. The most amusing line from the whole movie is probably Bagheera being offered some honey by Baloo, and goes, “I DON’T EAT HONEY!”.  Kingsley himself put so much effort into voicing Bagheera as he refused any option of moving his body during voice recordings, to channel all of the character’s representation into his voice. Although creators of this Jungle Book wanted to keep the graphic animals looking as realistic as possible, and did an amazing job at that, I bet we all would have liked to see Bagheera rolling his eyes at Baloo just once!

All in all, the Jungle Book was a warm cup of melancholy for a 20 something like me. The shift of mood from the animated Jungle Book to this new one, will leave you feeling like, “Well, that’s it then, I’ve grown up!”. Overall, I give the movie an 8.5/10, minus a few marks because the digital animators could have made Baloo look a little cuter. So go ahead and check out the Jungle Book! When you realize the whole film was shot on a green screen with just one actor though, you’re going to be shocked that you didn’t realize it in the cinema itself. I mean come on; even Life of Pi had to use a real tiger. Go, Disney!