(There’s more to us than just assignments!)

Words and Photos – The Editors

Day 1 of auditions, and after being shuttled around a couple of venues by the facilities department, we finally settled down at the Plenary Theatre. Day 1 was dominated by contestants singing a variety of English and Chinese songs; with some accompanied by guitars. Nerves and jitters were obvious among some of the contestants, and very often the judges gave the contestants a second chance with a different song choice. Several times, the contestants performed better the second time around. It all comes down to song choice, nothing more important that that! 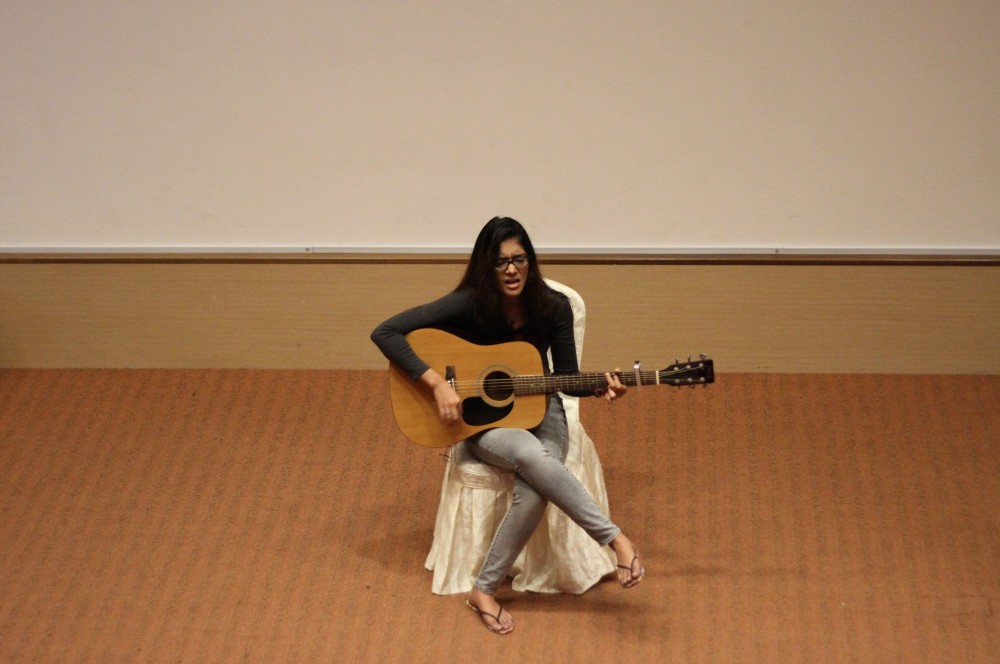 There were many courageous singers, picking Maroon 5, Rihanna and even Adele. Stand out performances for the night included renditions of The Cranberries’ Zombie, Dolly Parton’s Jolene and Adele’s Rolling in The Deep. A duet of students performing Alicia Keys’ Put in a Love Song, accompanied by an energetic dance routine kept our toes tapping as well. 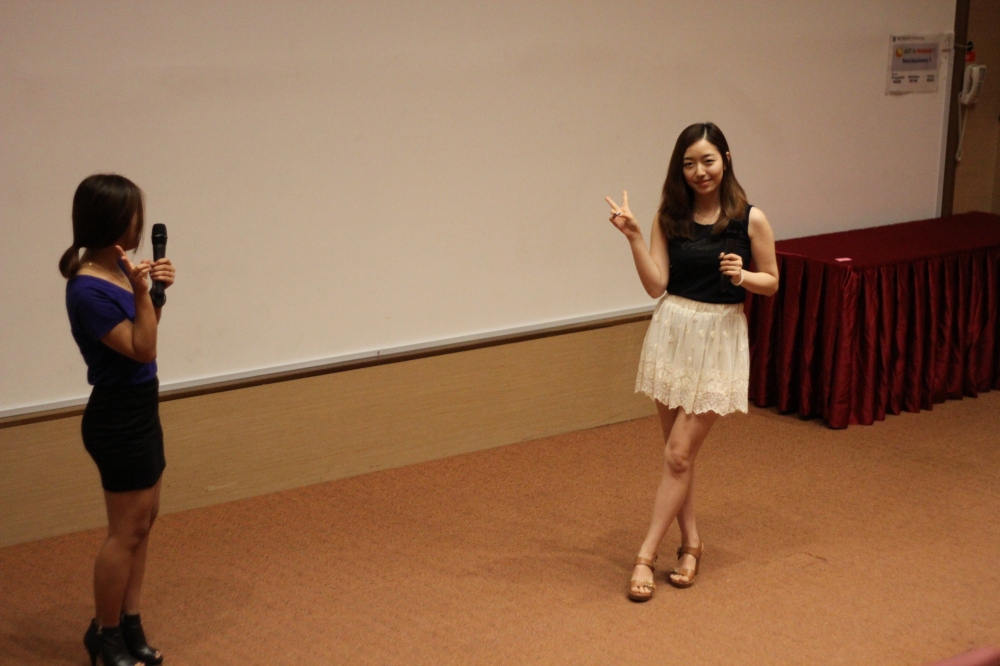 Day 2 of auditions was also no stranger to talented singers of Monash University Malaysia. Some exclusive performances to watch out for included a Celine Dion cover by a student from the school of Medicine, as well as a guy who beat-boxed his way through Beethoven’s Für Elise. There were several bold students who made an impromptu entrance at the session and sang while scrolling through the lyrics on his phone! Another played the piano to an original composition and later stated that she intended to play her original music “all the way to the finals”. 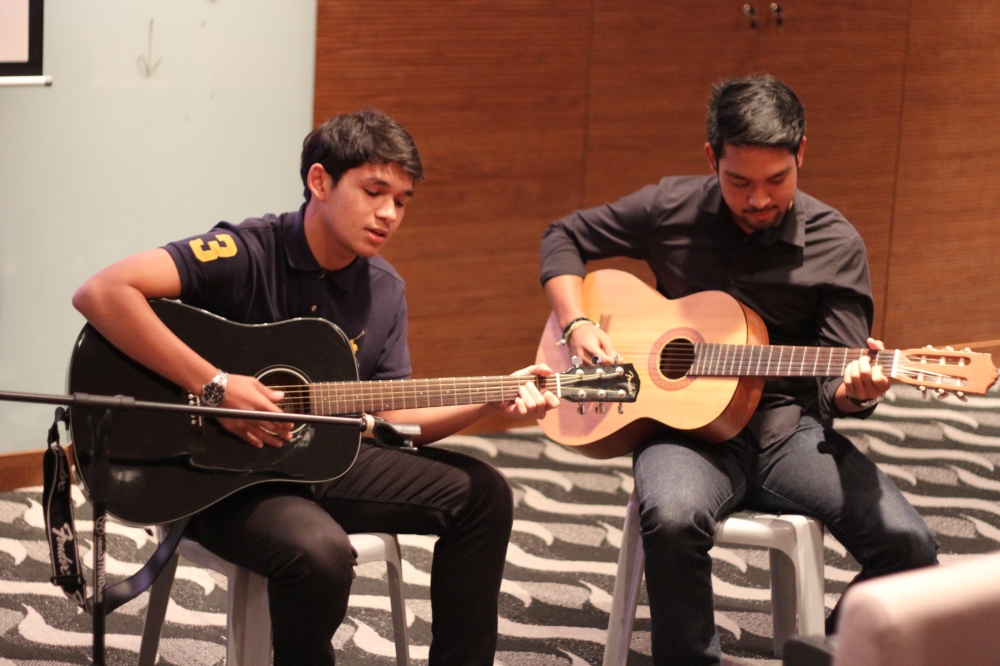 Day 3 of auditions kick started by a breath-taking duet by Sam Smith’s Stay With Me. There were several contestants who stood out with bold song choices such as Asmara Dana, sung by a contestant claiming it to be her favourite Malay song! It was refreshing to witness some new students joining the fray. Two of them decided to team up to deliver an amazing rendition of One Direction’s Little Things. Although some of you would probably be rolling your eyes out there, boy did they turn up the heat in there! A beat-boxer was set up by his friends for the audition. Despite the lack of preparation, he managed to captivate the judges with his performance! Huge thanks to his friends for not keeping his talent hidden! The sole instrumental performer impressed us with not one, but two instruments: cello and violin! He even played the violin section of Clean Bandit’s Rather Be!!! Amazing! 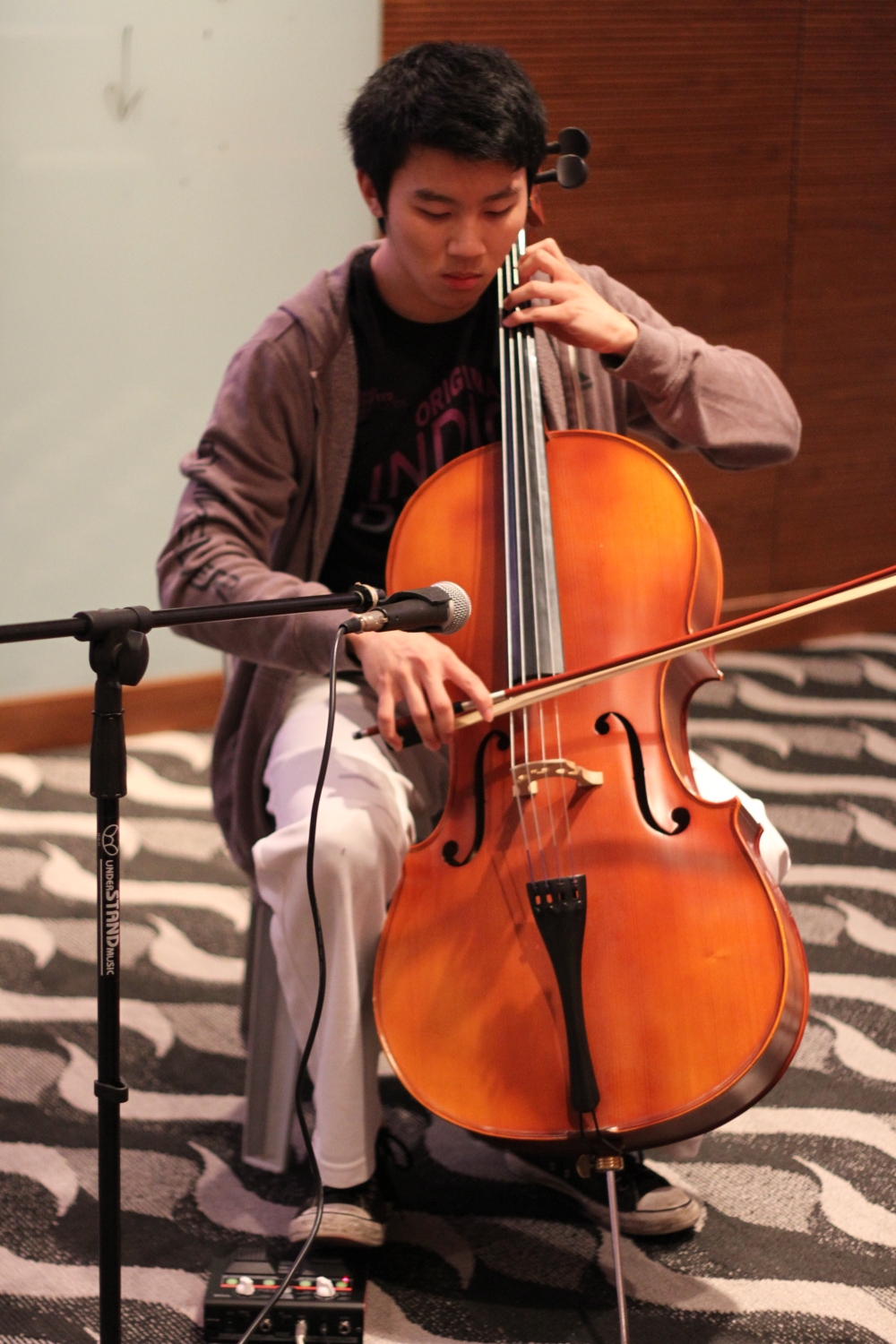 The auditions were closed off to the public, as some contestants preferred to audition in private, avoiding the glare of the public. We were impressed at the talent around university and we’re absolutely excited about the upcoming semi-finals and finals on the 18th and 22nd August 2014! So should you!

Here’s the list of contestants who made it through the auditions stage. Congrats to everyone, even if you didn’t make it! To those who did, we look forward to seeing what you have to offer at the semis! 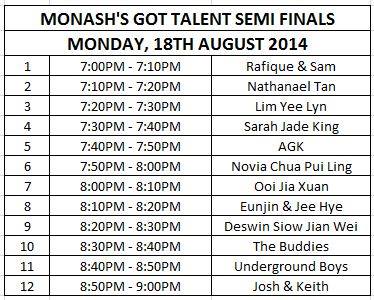