“Did you know there’s a restaurant called Monga that serves fried chicken?”

On that note, we drove to MONGA Fried Chicken in SS15.

It wasn’t far from Monash, only needing a 15-minute drive. The place itself was at the most outer rings of the heart of SS15’s trendy/overpriced district, its aesthetics matching the vibe of the district. 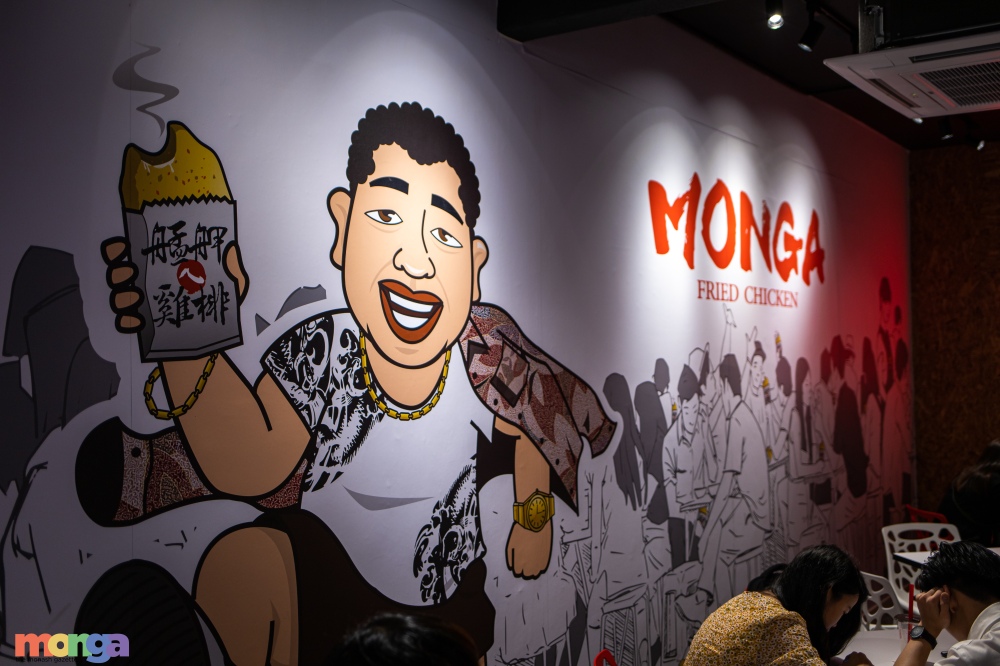 You’d think that MUSA Monga had hit it big, to have a restaurant named after us. We had the opportunity to talk to the owner and found out that the restaurant is actually Taiwanese-owned! With that being said, it turns out the name of the store was inspired by the 2010 Taiwanese movie, 艋舺 (romanized: beng kah) starring Ethan Juan and Mark Chao amongst many others.

Okay, we have to admit, we didn’t know much about the restaurant besides its name. Turns out, it’s a reaallly premium version of Shihlin’s (which we’re sure you’ve heard of it) chicken. Costing at least RM16 and above for a single piece of chicken, with sets upward of RM20, the mind will balk at the price, especially for the starving student. 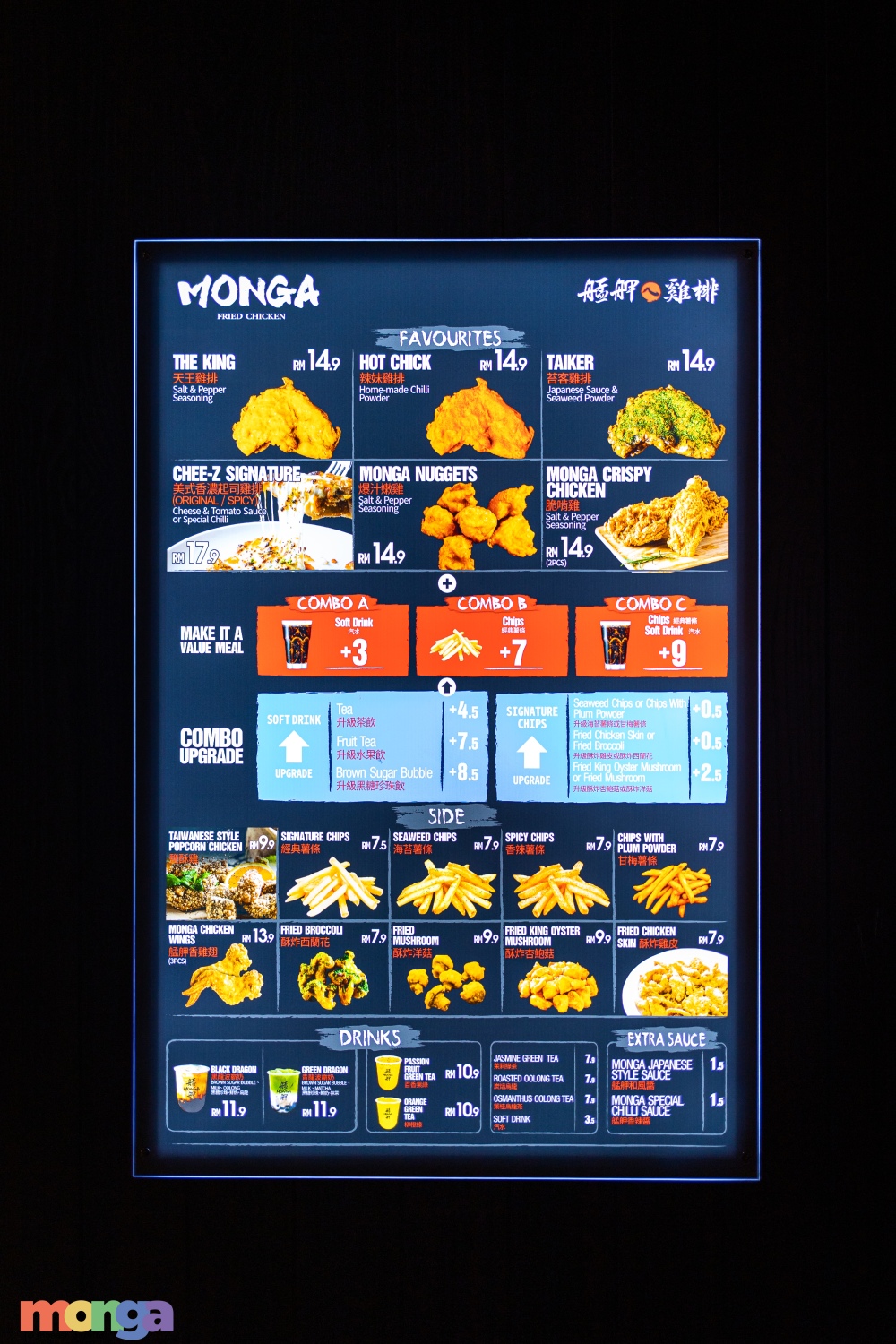 Once we got past the reality of how expensive our dinners were going to be, we quickly placed our orders at the store-front. There are 6 flavours of fried chicken on their menu which you can choose from and you can opt to make your meal into a combo with their wide selection of sides and drinks. Here are our orders:

Since we topped up for a combo meal, we also got to try out some of their sides and drinks:

Once we’ve placed our orders, we moved inside to secure ourselves a table. Early impressions were that the place was not at all suited for large groups. Our group of 4 had to squeeze into a small round table. The tiny store was split into a seating area and an open kitchen where you can watch your dinner being prepared. Although an open kitchen, ventilation was good so we didn’t leave smelling entirely like fried chicken. Overall, the atmosphere was nice – well lit, not too noisy and air-conditioned. And the toilet was unanimously voted pretty good. 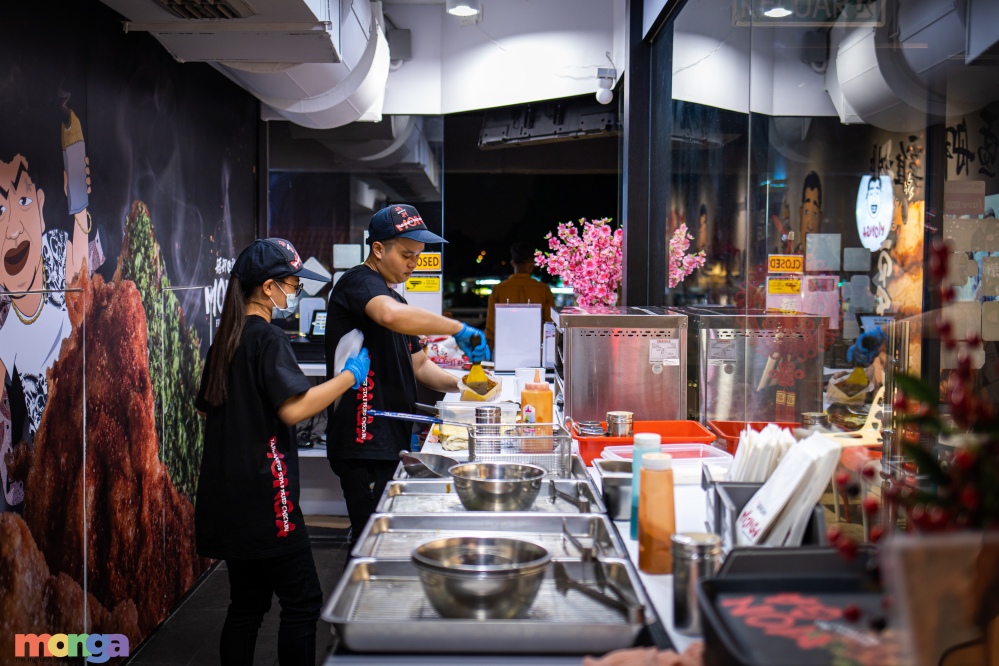 Customers are supposed to self-collect their orders at the window once their number is called, so no service crew bustling back and forth in the tight space. Service took a little longer than we expected but we assumed it was because we came during dinner time and the restaurant was packed with a good amount of customers then. But hey, as long as we got our food, it’s no biggie! 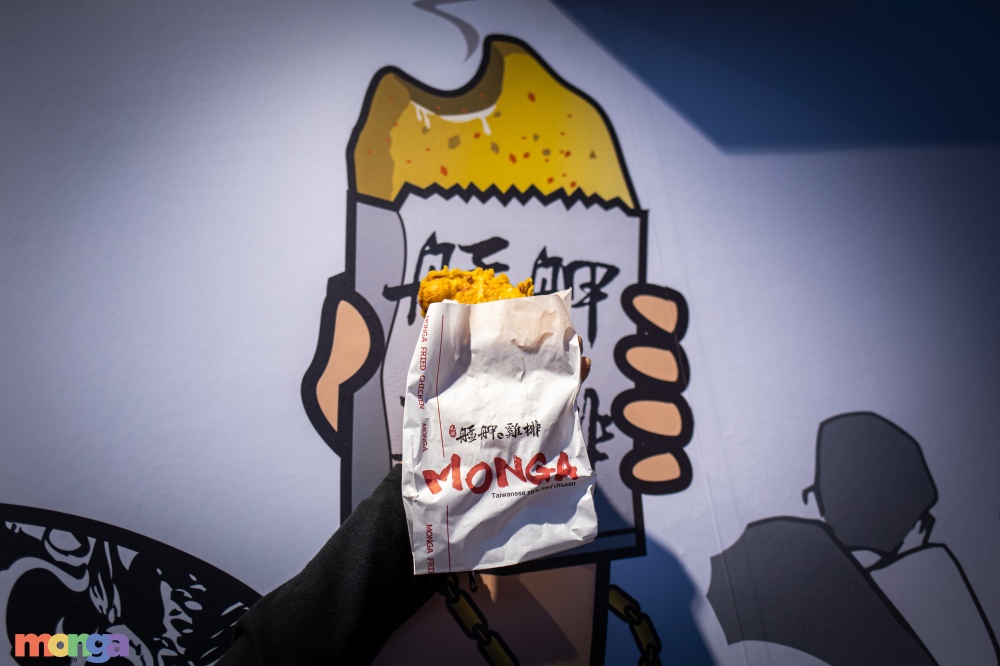 It was literally the juiciest piece of chicken this author has ever eaten. And it wasn’t small either, the whole piece being larger than the size of our four combined fists. The generous portion size had the girls struggling to finish their chicken. If you’re a small eater, we’d recommend you share!

Though, the seasoning only earned a not-bad, with Hot Chick not being nearly as spicy as we had hoped for, and the cheese in Chee-Z tasting only a little dissimilar from store bought. The Taiker was seaweedy but a touch too salty like the original, The King. While the crust of the chicken fell short in the seasoning criteria, it was a 10/10 in the crunch criteria.

The same goes for the seaweed chips we ordered. The cut of the chips was thicker than your usual McDonald’s fries but in terms of seasoning, we couldn’t really taste much of the seaweed. 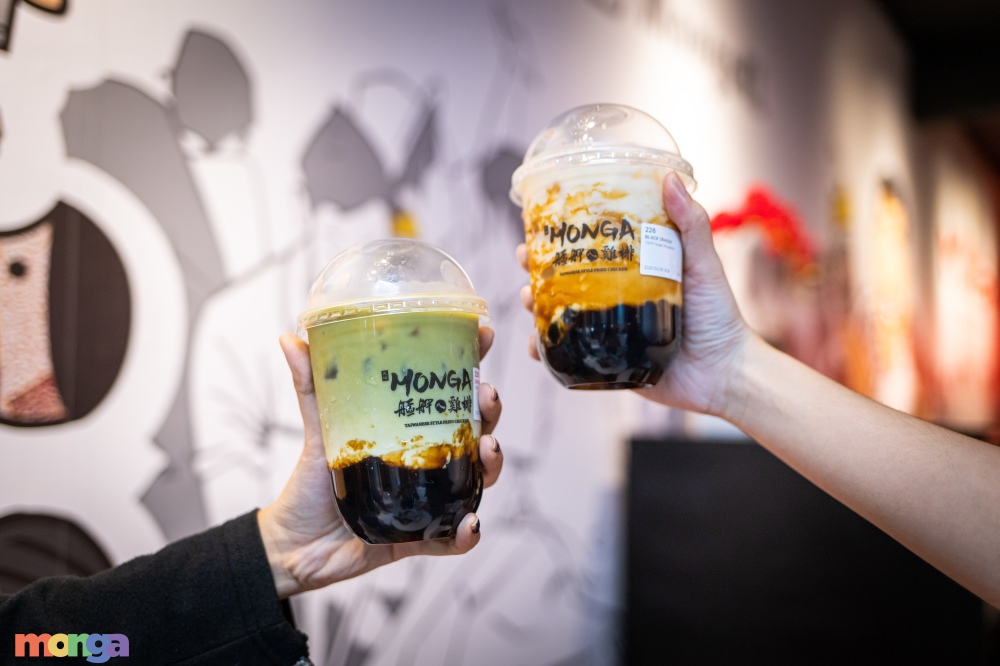 As for the drinks, they were pretty standard brown sugar bubble tea, their sweetness balancing out the saltiness of the chicken. One thing we noticed was how many pearls were in that cup! It was literally a never-ending chain of pearls, you could take a minute-long sip and the pearls would just keep coming. But, if you don’t have much of a sweet tooth, these drinks might be too overwhelming for you.

Here are our final thoughts on Monga Fried Chicken:

The consensus was “not-bad-pretty-good, will come again”. Despite having to squeeze together on one round table, all of us ended dinner with more-than-filled and extremely satisfied bellies. We vowed to come again, but only if it were free!

And with that, we’re proud to say, Monga Fried Chicken is… MONCH approved!

NOTE: Monga Fried Chicken is still open for delivery during the lockdown period. So, if you’re craving some fried chicken (like we are), this is the perfect chance to give Monga a try!